La Digue is the third largest inhabited island of the Seychelles in terms of population, lying east of Praslin and west of Felicite Island. In terms of size it is the fourth largest granitic island of Seychelles after Mahé, Praslin and Silhouette Island. It has a population of about 2,000 people, who mostly live in the west coast villages of La Passe (linked by ferry to Praslin and Mahé) and La Réunion.

There is no airport on La Digue; to get there from a different country, one has to fly to Victoria, take the ferry to Praslin and then take another ferry to La Digue. It has an area of 10 km², which makes it relatively easy to travel around on a bicycle. La Digue is named after a ship in the fleet of French explorer Marc-Joseph Marion du Fresne, who visited the Seychelles in 1768.

La Digue is a sleepy island and there isn't much in the way of nightlife here. The community center hosts bands and dancing on the weekends until late. Check with your hotel for more information about this. If we are missing any places, please contact us to add. 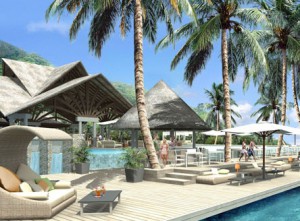 According to modern historians, La Digue was first sighted by the French navigator Lazare Picault in 1742, but it was not until 1768 when it gained its name.[2] The first people settled on the island in 1789, when French colonists arrived with their African slaves.
Most of them went back to France, but some people were left and some of today's inhabitants carry their names. Later, more French deportees arrived, followed by a large number of liberated slaves and Asian immigrants. In 1854, the first Catholic chapel was built on La Digue by Father Theophile. Most inhabitants of the island are of the Catholic faith.
French colonists on La Digue manufactured coral lime, and they are believed to be responsible for the decline of the island's coral reefs. They also made cupra out of coconuts, and they planted vanilla on their plantations, which still carry on with the tradition. 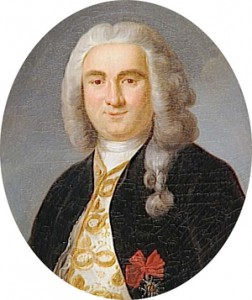