Praslin, with a population of 6,500 people, is Seychelles’ second largest island. It lies 45km to the northeast of Mahé and measures 10km by 3.7km. A leisurely tour around the island by car will take approximately 2 hours.

Praslin is the site of the fabulous Vallée de Mai, one of Seychelles’s two UNESCO World Heritage Sites. The island features truly exquisite beaches such as Anse Lazio and Anse Georgette, both appearing on the top-10 list of world’s best beaches in recent years.

Prior to settlement of the islands by the French in the mid-18th century, Praslin’s Côte d’Or was a favourite haunt of pirates.

The island was named Praslin after the Duc de Praslin, the French minister of marine in 1768 when the original ‘Stone of Possession’ was erected on the island in what is still known as Anse Possession.

Almost a century and a half later the visiting General Gordon (of Khartoum fame) became convinced that the Vallée de Mai was the original site of the Garden of Eden. This is where the legendary Coco-de-Mer, the world’s heaviest nut, grows high on ancient palms in a primeval forest. The Vallée is host to six species of palm to be found only in Seychelles.

Praslin stands at the forefront of Seychelles’ tourism industry with a strong tradition of hospitality and wide range of accommodation facilities. It also provides a base for excursions to neighbouring islands, some of which are important sanctuaries nurturing rare species of endemic flora and fauna.

La Reserve Hotel, located off of Anse Volbert Beach, has three bars on the beach that are open to the public as well as several good restaurants. It is a nice place to go for an evening out, but it is not a rocking night club.
The Jungle is considered the best club on Praslin Island and it rocks every Friday and Saturday night from 10 p.m. to four a.m. There is a casino nearby on the Cote d’Or called Casino des Iles.
On the floor over the market near St. Anne pier in Praslin Island is the disco Dome. It has good international music and is frequented by the local people.
Chateau San Souci on Praslin Island is a new hotel with several bars and a disco. The Kokoriko discotheque offers homemade cocktails and dancing all night. 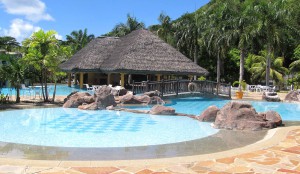 Seychelles is a comparatively young nation which can trace its first settlement back to 1770 when the islands were first settled by the French, leading a small party of whites, Indians and Africans.
The islands remained in French hands until the defeat of Napoleon at Waterloo, evolving from humble beginnings to attain a population of 3,500 by the time Seychelles was ceded to Britain under the treaty of Paris in 1814.
During this period Seychelles came to know the enlightened policies of administrators such as Pierre Poivre, the brilliant politicking of Governor Queau de Quinssy and, of course, the terrible repercussions of the French Revolution.
Under the British, Seychelles achieved a population of some 7,000 by the year 1825. Important estates were established during this time producing coconut, food crops, cotton and sugar cane. During this period Seychelles also saw the establishment of Victoria as her capital, the exile of numerous and colourful troublemakers from the Empire, the devastation caused by the famous Avalanche of 1862 and the economic repercussions of the abolition of slavery.
Pousse Station in Victoria - © National ArchivesSeychelles achieved independence from Britain in 1976 and became a republic within the commonwealth. Following a period of single party rule by the government of Mr. France Albert René, on December 4, 1991, President René announced a return to the multiparty system of government, 1993 saw the first multiparty presidential and legislative elections held under a new constitution in which President René was victorious.
President René also won the 1998 and 2003 elections before transferring the Presidency to James Alix Michel in June 2004. 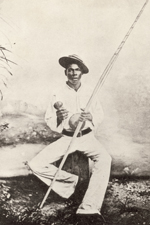