Silhouette Island lies 20 km (12 mi) northwest of Mahé in the Seychelles. It is the third largest granitic island in the Seychelles. It has an area of 20 km² and has a population of about 200, mostly workers on the island. The main settlement is La Passe, where there is a hotel for visitors to Silhouette. The name Silhouette was given after Étienne de Silhouette (1709-1767), the French minister of finances under Louis XV. 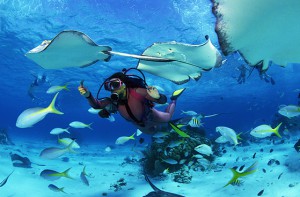 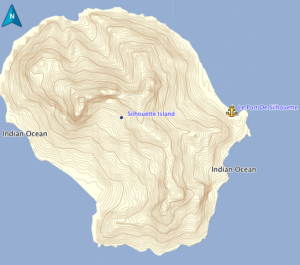 The crew of an English East India Company vessel, the Ascension, were the first humans known to step ashore on Silhouette in 1609. The island was visited by Charles Oger, who took possession of it in the name of the King of France on 28 January 1771.
Graves discovered at Anse Lascars were thought to be evidence of earlier visitors, possibly of Arabic origin (hence the name "Lascars", which is the local term for an Arab). However, when bones from the graves were taken for investigation, they were dated to around 1800, around the time of the first settlement. Also, there is a legend in the Seychelles that the corsair Jean-François Hodoul buried his treasure on Silhouette Island.
From the mid-19th century until 1960, the island was owned by the Dauban family, who were originally from France but had settled in Mauritius in 1830. The Dauban family were responsible for developing extensive plantations on Silhouette.
There is a Mausoleum built in the style of La Madaleine in Paris, Église de la Madeleine, where a number of the family members are buried, including Auguste Dauban, whose business ventures were so extensive he earned the nickname "the Rothschild of the Indian Ocean". The Dauban era came to an end when Henri Dauban sold the island to a French group.
Following the purchase of the island by the Seychelles government in 1983, a small hotel was constructed. This was later replaced by the larger Labriz Resort. The Dauban plantation house has recently been restored.